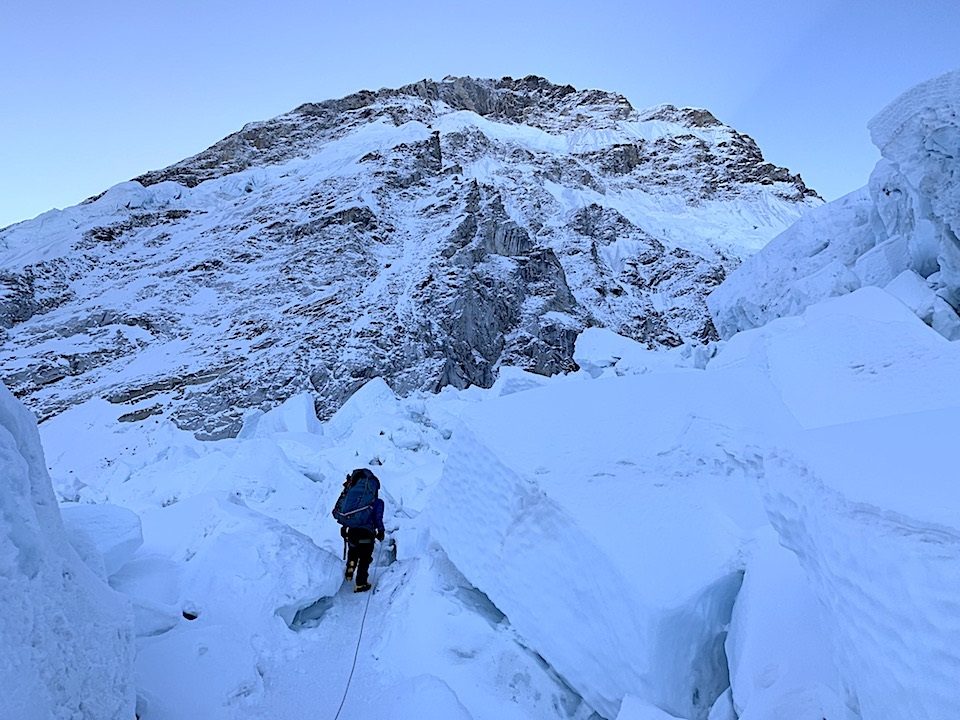 Sounds interesting, you’ve to believe the fact that the Everest region is suffering from the primary disease. The disease is nothing other than Mt. Everest Traffic Jam. The lack of Zebra crossing is resulting in the accident caused by mild cold leading to the death of the climber. The thread is rising, and if not taken any serious action, Traffic Jam on Mount Everest Climbing Trail. would be a severe burning issue in the upcoming future, resulting in a massive number of deaths of both Sherpa and foreign climbers.

Not all the camps but Camp IV, also known as the danger camp where many people died is suffering from Mt. Everest Traffic Jam 2019. The climbers are waiting for two hours to reach the Summit. Oh my goodness, two hours in freezing temperature, that’s dangerous. Bad news, two climbers already died on May 22 due to the Everest Traffic Jam. This number would surely increase, and the Mt. Everest would be full of dead bodies if the Government of Nepal (GON) doesn’t take intense action on it.

The Everest climbing year 2019 is a dusty year. Around 10.8 tons of dust are clean from the Everest region. Climbers aren’t caring about the environment near the Summit. This affects them and upcoming climbers to the Mt. Everest.

The Climbing season (March-May) carried a total of 600 climbers this year. The death Record is high, and on the other hand, maximum climbers reach the Summit. If the trend continues, death keeps on increasing. Anjali Kulkarni, 54 from Mumbai and Donald Lynn, 55 from America both died due to the Traffic Jam of Everest 2019. During the descending, Kalpana Das from India killed on May 23.

The Supreme Court of Nepal banned disability climbers in 2017. The traffic Jam is dangerous in the death zone, waiting on the death zone is like waiting for death. The oxygen level is, and the climbers would die due to lack of Oxygen. In the early year, the government of Nepal had initiated necessary 5 oxygen for each climber. Now, this won’t be sufficient if the traffic Jam continues. Just imagine, how much climbers will die at the Everest Traffic Jam 2020?

This is the trending topic on the internet these days. The picture of jam on the Summit has made everyone silent. There’s a very high chance of altitude sickness in the Summit. It would lead to the death of the people.

Yes, lack of Oxygen. The air gets thinner on going higher and higher. In the Summit (8,848 m), the wind would never be sufficient for you to breath. Knowing that people carry less oxygen cylinder resulting in their death.

Negligence of the Climbers

Some climbers insisted on reach the Summit even if their Oxygen is running out. This is causing a severe problem called ‘DEATH.’

Limiting the numbers of Everest Expedition

The climber’s number was unexpected this year. And, would rise in the next year. Limiting the number of climbers based on the season might be a legit and fruitful way of degrading the Everest Traffic Jam.

Guides are everything for you during the climbing period. Make them happy as much as you can. They have adequate knowledge about the difficulties of climbers always ready to tackle them. You can ask your guides about whether the Everest Traffic Jam exists or not.

Climbers don’t carry adequate oxygen cylinder thinking its not necessary for them. But it’s not like that. Taking oxygen cylinder at least five would help to reach the Summit and descend from it successfully.