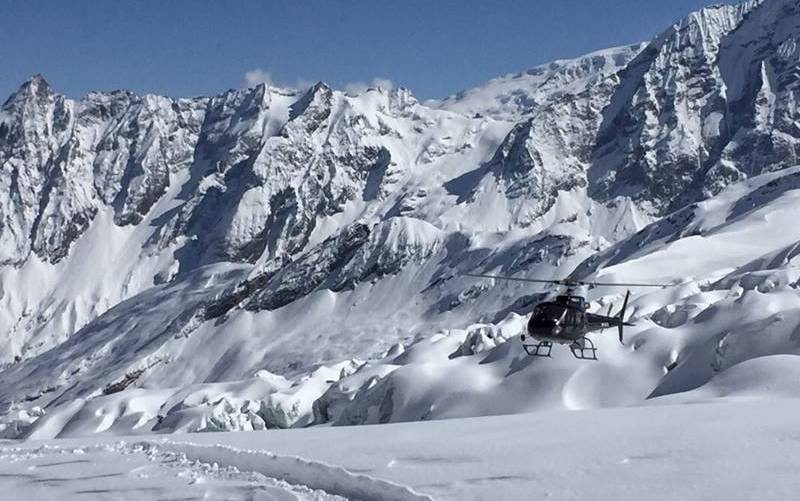 Every one wonders either Everest Helicopter Tour is best flight or Annapurna Base Camp helicopter flight? Well, in these two different flights it depends on your expectations. There are so many differences between two flights in Nepal. Time, price, views, directions are the factors which makes its differences.

Tourist’s from around the world, once they landed in Kathmandu they expect many things to see in Nepal. Among those these two Helicopter tours are major choices in these days. Someone who has few more days than weekend vacation with visiting thoughts of Pokhara valley and Annapurna prefers Annapurna Helicopter flight and someone with just few days time prefers Everest Helicopter Tour.

But Mount Everest is tallest mountain in the world and almost everyone having a bit big budget wants to capture these massive peak vistas to keep life time memory.

Even duration wise it is vast different, as Everest Flight takes around 4 to 5 hours with two stops including Everest View Hotel and Kalapatthar View point and Annapurna flight takes just about 1 and half hour from Pokhara however you will get chance to land at Annapurna Base Camp.

In this Helicopter to from Pokhara to Annapurna passing Ghorepani Poon hill and enjoying massive views of entire Annapurna Himalayan range is great experiences.

The 11 major and renowned peaks can be observed in Annapurna within an hour flight. Same like Annapurna the Everest flight also covers entire peaks above 8000 meters located in Everest region.