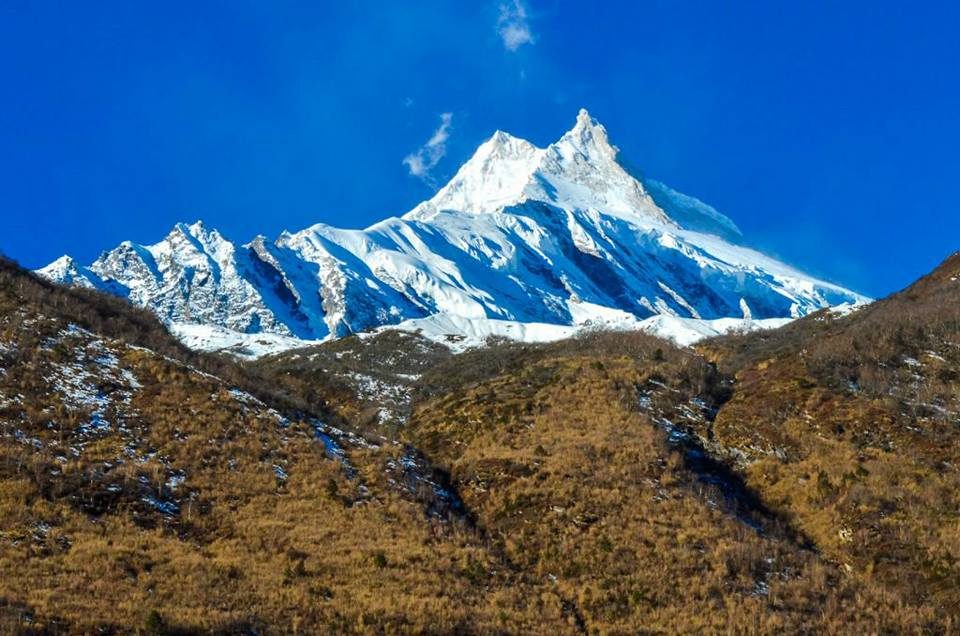 Nepal, the land of Tenzing Sherpa, Mt. Everest, Red Panda, varieties of butterflies is peaceful country with thousands of trekking and tour destination. The heart of Nepal, Kathmandu is populated with five of the World Heritage enlisted sites. Nowadays, the crowd of bikes in the city area is equal to that of trekkers visiting Nepal yearly. Some of them trek to Nepal frequently, some in a year and some once in their life time. They carry sweet memory which could remain for their entire life-time from Nepal. Nowadays, most trekker focus on Less crowded treks in Nepal so that they can explore and achieve success trekking unique destination.

World’s can’t explain the beauty of Nepal. Enrolling yourself in the Kathmandu valley, the Everest region, Annapurna, Pokhara, Manaslu is what makes you feel unique and happy. Nepal gives you all kinds of trekking and tours taste. You won’t regret visiting a single place because they carry their own norms and values. Going through high hills, mountain ranges, temples, snow-covered peaks make the trail adventurous. Less crowded treks in Nepal are few but mesmerizing.

Each and every trekking trails are unique and unbelievable with thousands of unique items, statues, and sculptures. The Everest region is full of monasteries, glaciers, mountain ranges and more over, the snow-capped peaks. Trekking in Nepal would be so effective making your life pleasant and wonderful.

Some of the Less Crowded Treks in Nepal

The lifestyle of the people residing in the area is normal. They wear simple, basically their own cultural dress. The crowd of trekkers is less and the path is peace covered with trees and forest. One should be physically fit and fine and must be willing to walk at least 6 hours a day for the Kanchenjunga Trek.

Normally, people choose favorable season that is spring and Autumn (March, April, May, September, October and December) for kanchenjung Trekking in Nepal.

The trekking is wild and awesome with thousands of beautiful memories taking you inside the Makalu Barun National Park and Conservation area. The region lies completely in Nepal. So, no any special permit is required for the trek but paying the conservation area fee is compulsory.

if you’re willing to experience the diversify nature, climatic condition, landscape of mountain ranges and forest resources, this trek is best. Mt. Makalu (8,463 m) is world’s fifth highest peak. The Makalu Base Camp Trek starts from Tumlingtar. It takes 1 or less hours to fly Tumlingtar from Kathmandu Airport. You pass through the Arun river valley and Slipton La Pass (4,210 m).

The crowd is less which ultimately gives you more options of explorations. The Makalu Base Camp Trek offers glaciers, rhododendron forest, wildlife, flora, fauna, and some 8000 m above mountains.

End of February to May and mid September to December are the favorable months for trekking to Makalu Base Camp.

The suspension bridges, colorful rhododendron, oak and pine forest, outstanding views of Gaurishankar are the main attractions of the Rolwaling trek. Teshi Lapche la (5,755 m) is the highest point on the trek. Tengi Ragi Tau (6,943 m), Bisphero Go Shar (6,729 m) and Dragkar (6793 m) are other ranges on the Rolwaling trek.

Remote as well as less crowded trekking destination of Nepal is Upper Dolpo trek. The trekking distance and route is longer than other treks. So, the permits are a bit expensive.

We begin the trek with a flight from Kathmandu to Nepalgunj which takes approximately 45 minutes. Upper Dolpo is a mysterious destination for trekker’s and a filming destination too. The region requires special trekking permit. The lifestyle of people residing in the area have same custom, tradition of that of Tibetan people. The Dolpo district is least developed and least travelled trekking destination. The trail offers you landscapes of Rhododendron, oak, pine forest, Shey Phoksundo Lake, monasteries built centuries of years ago and villages of Ringmo.

Upper Dolpo Region is one of the restricted trekking destination in Nepal. The people have traditional lifestyle which are unique. They celebrate different custom and most of them follow Buddhism. Buddha Jayanti is their major festival. There’re few campsites and can be arranged as per your desire.

The most challenging, breathtaking and chilling is Dhaulagiri trek in Nepal. If you are really in search of the trek visited by less number of trekkers and wish to explore the un-even part of land, here is Dhaulagiri trekking for you. The trial is difficult because you’ve to trek through the passes lying at the higher elevation.

The trek begins with 3 hours drive from Pokhara. We trek through the bank of Myagdi Himal and Chhonbardan glacier, inclined and infertile farmland. The trekking is a challenging walk in the icy land. As soon as we reach Dhaulagiri Base Camp, we take rest and trek over the French Pass (5,360m). Heart Beats Faster that gives you a sense of achievement in your life. the trail continues along the Dhampus pass. The descending towards the Jomsom for 2000 m is dangerous.

If you try counting the numbers of glaciers, rivers, mountains that you see, make sure to note it down. The huge numbers make you forget them. The trail continues towards Marpha where you can observe spectacular landscapes of Annapurna massif. The majestic views of Ice Falls, glaciers, rivers would definitely catch your brain and makes the trek worthy and memorable.

Spring (March- May) and Autumn (September to November) are considered the best months for Dhaulagiri Trek in Nepal.

Manaslu Trek is getting popularity every year and this is all because of its salient features and unique environment. The region is situated in the western part of Nepal, consists of eight highest peak in the world, mt. Manaslu. You get chance to explore vast Himalayan pasture land, high hills and forest areas. Trekking to Manaslu area has been considered one of the finest destination in this modern era of travelling. The area is completely controlled by government so it’s must to go there with a travel agency. Going solo to the area is completely restricted.

The real trekking begins with a drive from Kathmandu to Arughat following the Larkya la Pass. You get chance to explore the cultural diversity, religion, custom and tradition of people residing around the area. The trail is less crowded and rich in mountains, high hills and glaciers.

East of Annapurna Base Camp, there lies another famous trekking destination that is Mardi Himal Trek. The trial is off beaten and less travelled destination in the world. you will pass through impressive rhododendron, pine forest, terraced farms, dazzling rivers and outstanding landscapes of Annapurna and Machhapuchre.

The local dishes, traditional houses, tea houses and camping would add quality to your Mardi Himal Trek. The Mardi Himal Base Camp offers picturesque landscapes of Annapurna massif. Day by day, this short and sweet trek is getting popularity and the number of trekkers to the area is increasing every year.